Free trade is under attack around the globe.  Opponents deny the benefits and blame free trade for job losses, shuttered plants, and a loss of domestic manufacturing.  President Donald Trump is the leader of this movement — he built his campaign on the proposition that free trade has harmed America, particularly the middle class.

Free Trade Is Good For America

I disagree, and I argued in my last post that free markets and free trade are good for America (and the world).  Trade increases prosperity because it allows people and nations to concentrate on doing a few things particularly well and then offer the fruits of their efficient innovation to the world at large.  Free trade and free markets have created wealth at an unprecedented rate and lifted millions out of poverty.  Unfortunately, the benefits of trade are dispersed across the economy, while the costs of foreign competition are often felt by individual industries and companies.  Overall, I believe that the benefits far outweigh the costs.

President Trump argues, to the contrary, that “we’ve made other countries rich while the wealth, strength, and confidence of our country has disappeared over the horizon.”  He claims that “one by one, the factories shuttered and left our shores, with not even a thought about the millions upon millions of American workers left behind.”  And, he believes that “the wealth of our middle class has been ripped from their homes and then redistributed across the entire world.”  In his Inaugural Address, he promised “now arrives the hour of action.”

Last week, he made good on part of that pledge by imposing tariffs on the washing machine and solar panel industries.  The news reports focus largely on the politics of the move, but a review of exactly what the Administration claims as justification reveals just what a bad idea this is.  In the interest of space, I’m only going to focus on the washing machine tariff.

The Trump Administration imposed the following tariffs on all large residential washing machines imported into the United States:

Whirlpool called the decision “a victory for American workers and consumers alike.”  and announced that it was adding 200 jobs in one of its plants.

These tariffs are a tax on imported washers.  The 50% increase in price makes an already expensive appliance (a mid-priced version retails for over $600 at Best Buy) even more costly.  Even if companies absorb some of the increased expenses, consumers can, according to the Peterson Institute, expect to see their prices go up

around $100.  That’s a significant price increase for families that need a new washer.

The South Korean government, an important U.S. ally in Asia, was predictably upset by the decision.  They called the case “protectionist” and “unfair” and promised to take the issue to the World Trade Organization (where the U.S. has lost similar cases in the past).

The Trump Administration is willing to accept these costs because it hopes to revitalize the domestic dishwasher industry, most notably Whirlpool.  Whirlpool has been losing market share in the United States to LG and Samsung, which are Korean companies that generally make their products outside of the United States (ironically, Samsung is building a new plant in Tennessee that will provide Americans 600 jobs).  The reason for this loss, according to the Administration and Whirlpool, was due to “an aggressive downward pricing strategy” (also known as “dumping”) pursued by LG and Samsung in the washer market.  Originally, Whirlpool had charged that the South Korean government had subsidized LG and Samsung, but no proof was found to support the allegation.

“Dumping” is an intentionally loaded term for a simple market reality — LG and Samsung have cut their lowered their prices too far for Whirlpool to compete effectively against them.   LG and Samsung’s critics claim that they are pricing below their actual cost and that they have done so for many years.   This defies logic.  LG and Samsung are in the 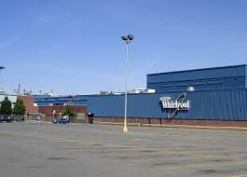 business to make profits.  A company would only lower prices below its actual costs (and therefore lose money) if thought it could subsequently raise prices over a sustained period of time to recoup those losses.  Given that the washing machine industry has sales in excess of $20 billion and at least 16 manufacturers, the ability of LG and Samsung to charge excessively high prices for a period of time long enough to make up for its losses over any reasonable period is essentially zero.

In the end, the allegation of “dumping,” and the imposition of tariffs, is simply a cover for a protectionist impulse to help Whirlpool and a small number of workers.  The cost for this protection is high.  Americans will pay more to wash their clothes and we’ve hurt our relations with a key ally.  The tariffs are also a blow to the global trade system, which provides lower tariffs and economic growth for all people.

Where we go from here

American industries are lining up to take advantage of the Trump Administration’s willingness to impose tariffs.  The steel industry is especially eager to gain an advantage over their foreign competitors.  I hope that there are enough complaints by consumers and industry in the washer and solar panel markets to cause the Administration to back away from its harmful protectionist path.

← In Defense of the Free Market (and Help for Those it Hurts)
On Spending, America is a Spoiled Brat →

3 comments for “Against President Trump’s Tariffs”